No sooner had the Greek people decisively voted to end austerity, than the European establishment moved to annul the election results. The key demands upon which Syriza was elected – the kicking out of the Troika, a European debt conference to reduce the debt burden and a lifting of austerity – were dismissed.

The public hopes of the Greek government in getting allies in the Italian and French government turned out to be illusory. The rich took their money out of Greek banks at an increasing rate each day. The attack dog of European capitalism, the European Central Bank, bared its teeth. It effectively threatened to bring the Greek banking system down, through the withdrawal of the Emergency Liquidity Assistance. In dramatic Eurogroup meetings, Merkel and allies demanded a total retreat of the Greek government.

The Greek government was forced to sign up for a continuation of the bailout programme – with the Troika simply renamed as “the institutions”. On the debt, the Greek government had to “reiterate their unequivocal commitment to honour their financial obligations to all their creditors fully and timely.” No “unilateral changes” to the austerity policies would be allowed by the Greek government. The only significant concession given was some leeway in terms of the primary surplus target for the government.

What happened was a significant defeat, whereby the hopes of Greek workers were thwarted by the combined forces of European capitalism. It need not be a fatal defeat – rather a lost battle in an ongoing and Europe-wide class war. An essential pre-requisite for this is open acknowledgement that this is a defeat, analysis of why this defeat happened and preparation for a renewed battle.

The defeat in this first battle between a Left-led government and European capitalism has rich lessons for socialists all across Europe. In reality, it has its roots in a particular reformist strategic line of the Syriza leadership, shared by many other left parties across Europe, which under-estimated the scale of the struggle

The Syriza leadership felt that more significant concessions would be granted by the European institutions and German government. They thought that the ECB would be hesitant about pulling the trigger of destroying the Greek banking system for fear of contagion of a banking crisis to other European countries. They also thought that the European authorities would be unwilling to risk Greek exit from the euro because of the damage that any one country leaving would have on the Eurozone project as a whole.

These assessments have turned out to be mistaken. The threat of political contagion, of Left governments successfully challenging odious debt and austerity, has proved to be more significant to the capitalist classes in Europe than any economic contagion. There is no question that they are willing to destroy a national banking system and force a country out of the Eurozone in order to send a chilling message to others across Europe thinking about voting for a Left government.

In essence, the experience in the last months should definitively answer the question as to whether any “good euro” strategy is possible – whether it is possible to implement anti-austerity measures, while sticking to the euro at all costs and not decisively challenging capitalism. It is not.

The rules of the Economic and Monetary Union and the EU itself are a neo-liberal straitjacket – designed to ensure adherence to right-wing economic policies, through the power given to the unelected ECB and through restrictions like the Stablility & Growth Targets, the Fiscal Treaty and the six-pack and two-pack. Therefore, any genuinely Left government must be prepared to pursue its demands of debt repudiation and an end to austerity to the end, even if it means being kicked out of the euro. It must prepare people generally for the need for a confrontation with the interests of capital in Europe, in order to set out to restructure the economy and society on a democratic socialist basis – organised for the interests of people, rather than for profit- maximisation.

Repudiation of the debt remains a key task. Without significant debt write-down or total repudiation, any Left government will be crippled before it starts by massive interest payments. Rather than tamely appealing for a deal in the interests of all in Europe – it is necessary to argue for a ‘deal’ in the interests of the working classes across Europe – for a strategy of debt repudiation, at the expense of the rich bondholders and bankers.

In response, we know from events in the last weeks, there would likely be an attempt to collapse the banking system by the ECB and effectively force the country out of the euro. A Left government would therefore have to quickly move to assert democratic control over the national central bank and to prepare for euro-exit. While euro-exit, with the inevitable currency devaluation would cause economic dislocation – it need not be worse than a continuation of austerity.

Democratic control of a national central bank should be combined with public ownership and democratic control of the banking system in general. In this way, the banks should be transformed into public utilities – serving the interests of the economy and society. Cheap credit could be quickly provided to small businesses and farmers.

The inevitable ‘flight’ of capital – with large amounts of money being withdrawn could be countered with effective capital controls applied immediately in order to prevent the 1% imposing an effective strike to destroy the economy. A Left government would say that the right of people to a job and a decent life comes before the ‘right’ of capital to move freely. The money saved through a moratorium on interest payments should be diverted into major programmes of public investment which would create jobs – projects like the development of renewable energy resources and necessary infrastructure and housing.

Active movement of the working class is crucial

Events in Greece in the last months have shown how popular support could be won for these policies with mobilisation from below to press these demands. One hundred thousand demonstrated at short notice in support of the Greek government, demanding a firm stand be taken against the Eurogroup. The process of rupture from capitalism and successful carrying through of socialist change cannot be done from above, even with the most well intentioned Left government.

A radical Left government would consciously advocate this activity from below, but also for it to be given a structured basis, through the establishment of popular assemblies on a workplace and community basis, with elected delegates coming together. In this way, a weapon to take on and replace the old state machinery with a democratic and socialist state could be forged through this struggle.

Recognising the impossibility of achieving this fundamental change in one country alone, it would be vital to make appeals to people across Europe to make the same break and to develop deep connections and partnerships with other Left governments in Europe, as a step towards socialist change across Europe.

How can the struggle for Palestinian national liberation be won? 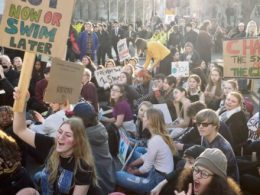 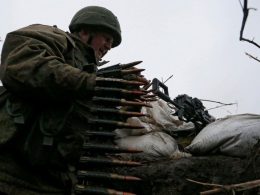 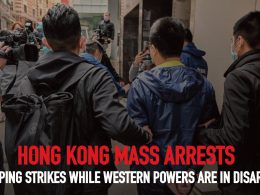