In fact, the only reason Zimmerman was even brought to trial was because of the mass outcry and protests last year when the news spread about Trayvon’s killing. We must now turn the mass outrage over the verdict into mass action. The time has come to build a new social movement which challenges the entrenched racism and inequality of our society.

Trayvon was killed not once but twice, first by Zimmerman and then by his trial. This time it was character assassination, where reality was flipped on its head making Trayvon the aggressor and Zimmerman the victim. They tapped into the racial prejudice of African-American “criminality” perpetuated by the mass media since the time of slavery and Jim Crow.

This systematically cultivated image of black people in America, maintaining the fear and mistrust and the negative stereotypes, is necessary for this oppressive system to exist. It prevents ordinary people of all races from putting aside their differences and turning their fire towards Wall Street, corporate politicians and the ruling elite as a whole. They are the worst criminals of our society who run free, amassing unimaginable wealth by exploiting the rest of us and maintaining their power by dividing us.

This is why Malcolm X once said, “you can’t have capitalism without racism.” It’s a divide and rule strategy the elite must use so we blame each other instead of them. Racism has been built into the very fabric of American capitalism since the days of slavery and Jim Crow and up to today. If we want to fight racism we have to take on the whole system!

Hanging over this verdict are the haunting shadows of the L.A. and Cincinnati riots. But such explosive events only give big business and their police, prisons, and surveillance apparatus the license to go on the offensive against workers and youth, particularly youth of color. What really strikes fear in the ruling elite is not a riot, but a strong movement with bold demands, mass organizations, and a fighting leadership.

The question that stands before our communities is: will we see a replay of the events in L.A. or Cincinnati, or can we redirect this justifiable anger into a powerful movement for liberation? We must keep in mind the death of Emmett Till in 1955 became the inspiration of the civil rights movement.

This August marks the 50th anniversary of the 1963 March on Washington for Jobs and Freedom. The time is now to construct independent community organizations that will fight back against racial and class oppression, organizing block by block, school by school, city by city, uniting across the whole country.

We must make Trayvon our rallying cry today to rise up for justice and equality with the aim of dismantling the entire system of American capitalism and racism, and fighting for a socialist future based on freedom, equality and the general welfare of society as a whole.

A Programme to end police violence, extrajudicial violence, and racism

Take the fight against austerity on to the political field 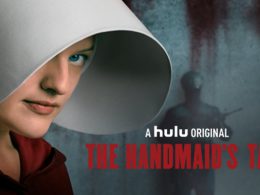 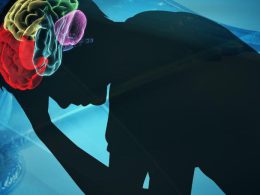