“The seven Irish human rights activists due home in Ireland this afternoon at 2:25 pm were at the last minute prevented from boarding their flight out of Ben Gurion airport by Israeli armed guards. They had been taken last night to a holding cell and were ready to board their 7:40 am flight to London this morning when at the last minute they were prevented from doing so by Israeli security forces and returned to Givon prison. All seven are now being detained indefinitely, with no further news available from Israeli authorities or the Irish Department of Foreign Affairs about when they will be released.

An Irish Ship to Gaza shore team coordinator spoke briefly on the phone with Fintan Lane before communication was abruptly cut off. Lane said: “This is a deliberate and calculated attempt by the Israelis to break our spirit. It won’t succeed.”

Lane also reported that the seven had been subject to “continuous harassment and repeated, humiliating body searches” and were shackled and “denied sleep”.

Gay Lawlor, Zoe Lawlor’s brother, spoke briefly with Zoe, who described what was happening as “sheer malice” on the part of the Israelis.

The families of the detainees are phoning member of the Irish Ship to Gaza shore team this morning in great distress.

Laurence Davis, Irish Ship to Gaza spokesperson, commented: “We are outraged by this latest attempt by the Israeli authorities to break the morale of the human rights activists, their families and their supporters, all of whom had been looking forward to the homecoming this afternoon in Dublin. This is yet another example of the cruelty and arrogance that the Palestinians face every day.”

Irish Ship to Gaza spokesperson Claudia Saba added: “It is particularly distressing for the families to learn that their loved ones won’t be coming home as they had expected, and distressing that they have no update as to what exactly is happening or when they will be finally freed.”

Urgent protests demanding the immediate and unconditional release of all of the activists should be made to:

Attorney General at the Ministry of Justice

Labour has cravenly capitulated to all the demands for savage cuts

Joe Higgins is a longtime fighter for the rights of ordinary people. He led the successful campaign against the threatened closure of Blanchardstown Hospital in the late 1980s; served on Dublin and Fingal County Councils in the 1990s, fighting corrupt rezonings and bad planning and was Chairman of the successful Dublin Anti Water Charges Campaign. 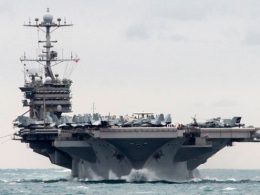 By George Martin Fell Brown, member of Socialist Alternative- our sister organisation in the US> The United States…
bySocialist Party