At a meeting of Fingal County Council on Thursday 6 January, officials told councillors that Castlethorn Construction  — a key developer who built Dundrum Town Centre amongst countless other prestige projects – struck a deal to sell 15 acres of land for a school site.

These are Celtic Tiger land prices during the country‘s worst recession in history. When everyone was under the impression land prices had collapsed, we see a developer getting €470,000 per acre on what was green belt land.

Not satisfied with the super-profits which will accrue to this developer already through the highly controversial rezoning of these sensitive green lands in 2008, it seems even the parcel of land for schools has to yield even more millions at the taxpayers’ expense. Imagine what this €7 million could do for education or the health services right now.

Sites for schools and community facilities should be handed over for free by landowners involved in building housing estates. The law should have been changed years ago to protect the public purse but, of course, the close ties between Fianna Fail and developers prevented this.

This deal has been signed behind closed doors and thus may be legally binding, but both the Minister for Education and Fingal County Council management have huge questions to answer as to how they agreed such a lucrative figure with this developer.

Kellystown forms part of a vital green belt for Blanchardstown and close to the Liffey Valley – it should never have been rezoned for housing that nobody wants. Having put the rezoning on the agenda, why didn’t the Fingal County Manager ensure that the developer handed over the site for free as part of the deal?

The Socialist Party Councillors will be holding the Manager to account for this scandal at the Fingal County Council meeting on Monday January 10th. 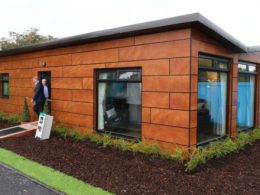 Support the bin workers – No to privatisation!

South Dublin County Council have agreed to lease their domestic refuse collection routes to Greyhound waste for an undisclosed amount of money with the handover due to happen on Monday 4th of April.

I notice IBEC’s have put up pro-Lisbon posters across the country proclaiming “yes for jobs”, linking the accepting of the treaty with job protection. Is this some form of sick joke from the bosses organisation?