He also challenged the Labour Party to explain to their voters how they could go into a coalition government with a party that promotes such a hard-line right-wing agenda.

Cllr Barry said this morning:  “Fine Gael’s proposals promote the greatest shift towards privatisation of health services in the entire history of the state.  The majority of Irish people do not want health services to be run on a for profit basis.  These proposals must be rejected.”

Cllr Barry said that Fine Gael’s plan to abolish 145 state bodies and axe 30,000 public sector jobs would push unemployment over the 500,000-mark in the state.

He said:  “There is a multiplier effect to axing 30,000 jobs and cutting this number of jobs out of the public sector would have a huge knock on effect on private sector employment pushing unemployment over the half million mark.  The reality is that we need more teachers, more nurses and more social workers not less public sector workers.  We need job creation not the butchering of jobs.”

He added:  “With the demise of the PDs Fine Gael are clearly aiming to take over the Thatcherite agenda on the right of Irish politics.  The Labour Party now need to explain to their voters how they are going to go into a coalition government with a party that promotes such a hard-line right-wing agenda.”

No to Garda brutality, No to fees - Build an anti fees campaign 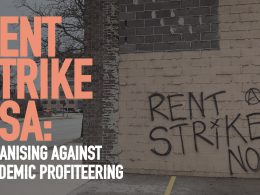 The Musical Legacy of Gil Scott-Heron

Last month revolutionary and renowned soul, jazz and blues artist, Gil Scott Heron, sadly passed away. Most famous for his song "The Revolution Will Not Be Televised", Gil had a long and turbulant artistic career and life, and is seen as a key musical influence on the development of R&B and rap. His songs were not just mundane songs about nothing, but were scathing social commentary on capitalism and capitalist society. Here we post a review, written by members of Socialist Alternative, our American sister party.