WORKING CLASS people across Britain, Northern Ireland and the South are bearing the brunt of the most serious economic crisis since the 1930s. World industrial output has fallen by 25% and world trade fell even further. Unemployment, pay cuts and cutbacks in public services are being visited on workers. Yet they did not cause this crisis.

This capitalist crisis is a result of the actions of speculators, bankers and governments. It is a crisis that is rooted in the very nature of the profit system. Huge bubbles were created in stock and property markets as a result of wealthy individuals and companies looking to make a short-term profit through speculation, rather than investment in production. This was actively encouraged by governments and central banks across the world, anxious to maintain the previous boom by allowing people to go further and further into debt with mechanisms like sub-prime mortgages. More and more credit was extended to allow the bubble to continue to grow. However, it was inevitably going to burst – plunging the world economy into recession.

Now that the “bubble” has burst, it is not those responsible who are being made to pay. Instead, an ideological consensus has emerged in the media – consciously pushed by right wing economists and politicians – that the only way to respond to the crisis is for working class people to take the hit. For example, an OECD report on the South of Ireland declared that living standards would have to be “permanently lower”! This is the attitude of capitalists worldwide.

This ideological attack is then matched by an actual attack on the living standards of working class people. Unemployment has skyrocketed internationally. In the US it officially stands at over 10% (15.7 million) now, in Britain 7.9% (2.5 million), in Northern Ireland it is officially 7.2% (57,000), and in the South of Ireland it is at 12.5% (400,000) as a result of businesses going bankrupt or laying off workers to protect profits.
The swelling of the ranks of the unemployed is then being used by the employers to threaten those that still have jobs to drive down wages. In the US, average household income declined by $2,000 in 2008. According to the Financial Times (16 November), almost half of all British companies are planning to freeze the wages of their workers for a second year.

In addition, an almighty assault is being prepared and implemented on the public sector. In the North, a leaked confidential memo to Executive members by Sammy Wilson revealed the scale of the attack – with £370 million of cuts on the cards on top of the over £1 billion already announced. The government in the South is determined to push ahead with another €4 billion of cutbacks in December’s budget on top of the drastic cuts that have already been implemented.

While these attacks on working people mount, Sammy Wilson, Gordon Brown and Brian Cowen reassure us that we have no other choice, that this is the only way to solve the crisis. The Socialist Party rejects that analysis. There is a choice about what policies are implemented. A conscious choice is being made to prioritise the interests of the banks and big business at the expense of working people. In fact, the response to the crisis demonstrates the absurdity of having a system based on maximising profit for big business and the wealthy. Their own policies for recovery are deepening the recession and making it probable that any recovery will be anaemic and unsustainable.

For example, one of the acknowledged reasons for the deep nature of the crisis is what the capitalist economists call “spare capacity”, the ability to produce more goods than there is demand for! For example, “spare capacity” in industry across the EU is estimated to be over 30%.

Yet alongside this “spare capacity”, there are huge needs that are not being met. Poverty and homelessness have increased with this crisis. The problem is that those in need do not have the money to buy the goods – as a direct result of the policy of attacking living standards.

The reality is that cutbacks and attacks on working class make the crisis worse. By reducing the wages and living standards of ordinary people, the market for the goods that are produced is diminished. In this way a vicious downward spiral is being created.

Many more examples demonstrate this madness: the hundreds of thousands of unemployed construction workers at the same time that vital infrastructural work is not being carried out; the tens of thousands of empty new apartments alongside rising homelessness and housing waiting lists.
Available resources (jobs, homes, goods) are not matched with those in need (unemployed people and workers) because society is currently organised only on the basis of maximising profit. There is an alternative – socialist policies that put the interests of working class people to the fore, at the expense of big business and the rich.

What is the alternative?

The key to a solution to the economic crisis in the interests of working people is recognition that who owns and controls the economy and wealth is central. Regardless of how much “regulation” is imposed, as long as the key levers in the economy are in the hands of the rich who pursue profit at all costs, it is inevitable that the drive for profit takes priority over people’s needs.

The way society is organised needs to be turned on its head. Instead of society and the economy being organised for the interests of profit of big business, it must be organised in the interests of ordinary people. To do this, ownership of the banks and key sectors of the economy have to be taken out of control of those who currently own them and brought into control of society – nationalisation under democratic workers’ control and management.
The question of nationalisation re-entered political debate with the outbreak of the economic crisis. The British government, for example, nationalised key banks in order to prevent their collapse, as did other governments across the world. These have been temporary nationalisations to defend their system and bail-out the bankers and speculators. However, they illustrate the fact that governments can intervene to take companies into public ownership when they wish.

Instead of these nationalisations to save the profits of the bosses, nationalisations should be used to save jobs and bring profitable sections of the economy into democratic public ownership. Any major company that threatens redundancy should be nationalised to save jobs. Any company that closes a factory down, letting workers go, like Visteon in Belfast or Dell in Limerick, should be taken over by the state to protect the jobs. Where necessary, reskilling and a re-orientation of the work should be implemented.

The capitalist crisis has exposed the anarchic results of the individual drive for profit – cyclical booms and busts with working class people paying the price. Through democratic public ownership of the key sectors of the economy, a democratically planned economy could be implemented to eliminate boom and bust.

Jobs and full employment are central to a socialist approach to the economy. Through an immediate shift to a 35 hour working week with no loss of pay, over 250,000 jobs would be created in the North and South. In addition, society’s resources should be used, not to bail out the rich, but to invest in an emergency socially useful development programme. Everyone knows that major infrastructural works are needed on health and education facilities. In addition, major work is needed to insulate homes and public buildings as well as developing a comprehensive renewable energy programme. Hundreds of thousands of workers could be employed on all of these projects immediately.

Where will the resources come from?

The apologists for capitalism respond to the idea of socialist policies with the cry that they are unrealistic, that there are no funds to implement programmes of public works or avoid cutbacks. That is only true if you regard the immense profits made by big business over the past years as untouchable. Examples of the huge wealth made during the boom are that the richest 1,000 people in Britain have a wealth of over £300 billion and the top 1% of the Southern population gained about €75 billion during the Celtic Tiger. €420 billion of gas and oil reserves currently sit off the west coast of Ireland, having been given away to major oil companies for nothing. The same examples exist worldwide – the resources to provide for decent jobs and public services for all exist in abundance – they are simply currently controlled by the rich. This wealth and resources should be used to meet the needs of society. Together with the significant benefits of a planned economy, massive strides forward could then be made in terms of living standards for working people instead of the decline that capitalism has in store.

In fact, a socialist alternative is the only realistic way in which working class people will not have to bear the brunt for the economic crisis. Instead of the economy being centred around profit, people’s needs must be brought to the centre. This can only be done through taking power and control of the economy out of the hands of big business and instead having democratic public ownership and a socialist planned economy. 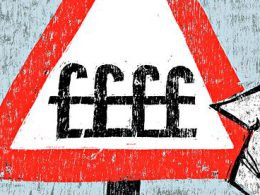 The crisis faced by working people, the unemployed, students and pensioners in Ireland is a crisis of capitalism. While the crash in Ireland has had its own special features related to the property bubble and an historic over reliance on Foreign Direct Investment, this should not obscure the fact that capitalism, a system based on private ownership of key sections of the economy as well as economic activity being geared towards profit and not need and the absence of rational planning of resources, is a crisis prone system that has to be replaced. 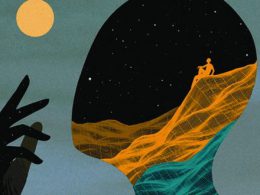