“More than 400,000 who had been looking for work dropped out of the labor force in July;” if these people had continued looking for work, “the unemployment rate last month would have ticked up, to 9.7%.”(NY Times, 8/8/09)

If people too discouraged to look for work and those forced into part-time positions are included, the real unemployment rate is over 16%, or 25.6 million people. Six unemployed people compete for every open position and 14.5 million people have been unemployed for 27 weeks or more.

Only about one-third of unemployed people in the US ever qualify for unemployment benefits. Millions currently collecting unemployment face the prospect of losing those meager checks as their extensions begin to expire in September.

Those of us lucky enough to still be getting a paycheck are doing the job two or three people used to do. Productivity jumped 6.4% in the non-farm business sector for the second quarter of 2009 – the biggest increase since 2003.

There were 1.9 million foreclosures in the first six months of 2009, and another 1.5 million are expected by the end of 2009. The decline in housing prices is accelerating, wiping out trillions of dollars in homeowner equity.

These numbers only hint at the devastation the economic crisis is leaving in its wake for individuals, families, and communities: intense stress and insecurity, substance abuse, domestic violence, personal bankruptcies, homelessness, and hopelessness.

Will the policies of Obama and the congressional Democrats end the recession? The President boasted that monthly losses have trended downward since the all-time high in January 2009 of 741,000.

But jobs have been purged every month since the recession’s official start in December 2007, for a grand total of 6.7 million. And this leaves out that, just to keep the unemployment rate stable, we need to create about 150,000 jobs per month to absorb new workers entering the workforce.

In contrast, in that alternative reality known as Wall Street, the elite bankers and brokers are not “sharing the pain.”

Goldman Sachs handed out bonuses totaling almost $1 billion to 200 top executives – an average of $5 million per person. At Morgan Stanley, it was the same story. The nine banks that received our tax dollars as bailout money paid bonuses of $32.6 billion while they collectively lost $81 billion (NY Times, 7/31/09).

The bailout money went straight into the bankers’ pockets, but the $787 billion stimulus package is missing in action. What we need is a massive jobs programme now. No middle men to skim the profits and line their pockets.

We need massive public works programs developing renewable energy and mass transit, building schools and hospitals, and fixing crumbling infrastructure. Funding for these projects must not come from tax increases on the working class, but from the rich, the bankers, and big business.

Single-payer healthcare would provide mammoth savings to states, cities, and towns, which, along with a wealth tax on millionaires, could be reinvested in job training and the expansion of public services on every level, creating millions of jobs.

Who will advocate for these policies in the marble halls of government? Surely not your average Democratic politician, beholden to the campaign dollars pouring from their patrons in big health insurance, pharmaceutical, finance, and construction companies.

Politicians understand money and power. We do not have the money, but we do have the power. Unions, community groups, the unemployed, and students must organize mass demonstrations in every major city to challenge the programme of Wall Street and demand living-wage jobs or a $500 per week guaranteed income, the extension of unemployment benefits, a massive public works programme, a wealth tax on millionaires, and nationalization of the banks.

Ultimately, to defend the livelihood of working people, employed and unemployed, we will have to challenge the Democrats and Republicans in elections. We need to start now to prepare independent workers’ candidates to run in local and national elections on a programme for real change. 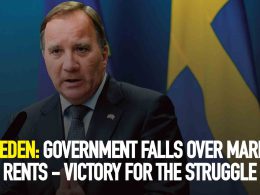 By Elin Gauffin, national spokesperson for the campaign ‘No to market rents’ and Rättvisepartiet Socialisterna — our sister…
bySocialist Party

Greece: Up to half a million people protest at Syntagma Square

socialistparty.net spoke to Andros Payiatsos, from Xekinima (The Socialist Party's sister organisation in Greece) a participant in last weekend’s huge protests in Athens. 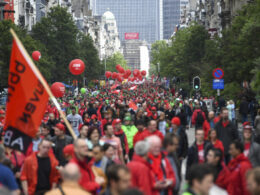 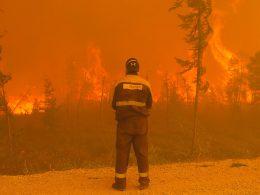 The World on fire–Siberian Forests must become the lungs of the planet, not its exhaust pipe.