Mistaken Identity: Race and Class in the Age of Trump

…. when the liberal language of rights is used to defend a concrete identity group from injury, physical or verbal, that group ends up defined by its victimhood and individuals end up reduced to their victimized belonging.

Asad Haider’s insightful critique of Identity Politics focuses on the question of racial division in US capitalism. Haider’s central thesis is that identity politics fails to recognise the historical roots of racial division – a division that is entirely socially constructed and has no biological basis. From this it limits its anti-racism to seeking recognition and inclusion on an individual basis and ends up reinforcing the structures that serve to perpetuate that very racism.

Of course, recognition and inclusion for oppressed groupings is very important, but an approach that seeks to achieve this on an individual basis fundamentally eschews collective struggle, the only way in which a structural challenge to the roots of oppression can be mounted. Haider contends that if the “victimized belonging” of an oppressed grouping is to an identity that is the creation of capitalism, then the reinforcing of a solely identitarian consciousness serves to perpetuate the oppression itself, as the capitalist framework that created the oppressed identity is reinforced.

Haider deems Bacon’s Rebellion of 1676, in which European indentured servants and African slaves rose up together against the elite planters, as a “watershed moment” in US history. One from which the ruling class consciously ‘invented’ the white identity, or ‘whiteness’, including by legally codifying this divide and rule policy – with those of African descent always the most marginalised and oppressed. Haider sees this as the root of what developed into a central tenet of US capitalism: namely the state sponsored, structural oppression of African Americans. In many ways this is a basic point from the perspective of class politics – every ruling class needs to foster division amongst the exploited classes in an effort to maintain its supremacy. Haider’s identifying of this ‘divide and rule’ strategy on behalf of the capitalist establishment is very important nonetheless, precisely because it’s something that does not tend to be recognised in an Identity Politics framework.

Nancy Fraser, author of Fortunes of Feminism, has made the point that the radical and mass struggles of second wave feminism achieved very important legal and cultural advances for women. However, because the framework of the capitalist system remained intact, these reforms resulted in women from the elite class being able to advance to top positions of power (as CEOs, as head of the IMF etc.), but that the reality for working class and poor women under the ravages of neoliberal capitalism has been quite the opposite.

Haider makes a similar point in relation to the black freedom movement in the US. Essentially, off the back of the radical black civil rights mass struggles of the past, there is now at least a section of the African American population represented in positions of authority and power, while the majority of African Americans experience disproportionate levels of poverty, low pay, police brutality, lack of access to healthcare and incarceration. For Haider, the ideas of Identity Politics are perpetuated by a section of middle and elite class African Americans, essentially to maintain their positions.

Haider cites the desperately cynical, ahistorical and backward ideas of “Afro-pessimism” (the notion that white people’s enjoyment of black people’s suffering is the prime mover in history and society) in order to illustrate this. Haider contends that “Afro-pessimism has served as an ideological ballast for the emergent bureaucracies in Ferguson and beyond.” This relates to where important struggles against racist state violence have occurred and is an implicit critique of some of the more conservative elements that emerged in leadership positions that tended to funnel the movement into the orbit of the establishment, pro-capitalist Democratic Party – in other words away from the path of struggle.

The other side of this reality, however, is that precisely because ‘representation’ in some positions of power has not changed things for the majority of African Americans, there is a real opening for revolutionary politics. To indicate this potential, Haider quotes Keeanga-Yamahtta Taylor about the murder of Freddie Gray by police in Baltimore:

When a Black mayor, governing a largely Black city, aids in the mobilisation of a military unit led by a Black woman to suppress a Black rebellion, we are in a new period of the Black freedom struggle.

Haider looks to the civil rights movement in the US of the 1950s and 1960s as an example of the approach of mass struggle that challenged the oppression of African Americans and increasingly, the economic injustices of capitalism as a system. Haider also references the role of black Marxists in the Communist Party in the US in the 1920s who pushed for the working-class movement to challenge racist ideas, while building solidarity and struggle within the working class. He also seeks inspiration from the Black Panther Party that resolutely put solidarity of all the oppressed and exploited, as well as implacable opposition to the capitalist system, at the heart of their programme.

Haider’s critique of Identity Politics is rooted in support for mass struggles against oppression, and an optimism about the potential for solidarity that can overcome divisions within the working class that exist on the basis of race, gender identity, sexual orientation etc. This is significant because it means it’s a critique that can have an impact on a new generation of workers and young people who wish to fight oppression and exploitation in all its forms, who in many cases have themselves come up against the problems of a strategy that boils down to inclusion on an individual basis within the framework of the status quo, rather than a collective struggle for a structural challenge to the status quo.

However, Mistaken Identity would have been considerably strengthened by more references to the role of organised labour in US history that the, albeit short, book underplays. Furthermore, while it’s completely correct to emanate the fighting spirit of the Combahee River Collective (a group of African American lesbian women in Boston in the 1960s, who were anti-capitalist and socialist and showed solidarity with many labour and social struggles in the city at the time), the quote from their manifesto that Haider references positively is problematic, namely:

We believe that the most profound and potentially most radical politics come directly out of our own identity, as opposed to working to end somebody else’s oppression.

While the fighting spirit and solidarity that these women showed is a million miles away from the liberal Identity Politics that cuts across struggle, that Haider eloquently exposes in his book, it’s also the case that this aspect of the Combahee statement is certainly used today to reinforce some of those very same liberal Identity Politics methods. Of course, what we have to remember is the context in which this statement was drafted – i.e. the sexist and racist marginalising and dismissal that the Combahee women themselves had experienced within the New Left that they were reacting against.

Finally, while referencing the need to challenge capitalism, Mistaken Identity does not give a sense of the potential power of the multi-racial, all gendered etc. working class as a whole – if it’s organised and conscious – to play the key role alongside radicalised oppressed groupings, to challenge that system, given that capitalism’s profits emanate from the unpaid labour of the working class. In the words of James Connolly, “none so fitted to break the chains as they who wear them, none so well equipped to decide what is a fetter… But whosoever carries the outworks of the citadel of oppression, the working class alone can raze it to the ground.” 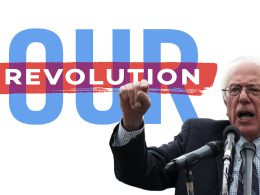 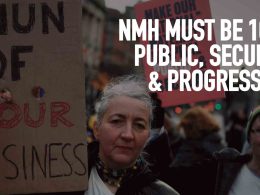 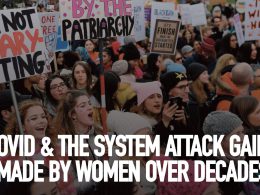