The litany of allegations from whistle blower Maurice McCabe have exposed the rotten nature of the Gardai and the state generally. They illustrate a culture of corruption, cover ups and falsification of evidence and in turn demonstrate that there is little interest in the concept of justice by those who run this country.

The litany of allegations from whistle blower Maurice McCabe have exposed the rotten nature of the Gardai and the state generally. They illustrate a culture of corruption, cover ups and falsification of evidence and in turn demonstrate that there is little interest in the concept of justice by those who run this country.

From its birth in 1922, the undemocratic and anti-working class nature of the Irish state (then known as the Irish Free State) was clearly evident. In that year alone 77 anti-Treaty Republicans were summarily executed and many more were interned without trial as authoritarian measures were taken against any opposition to the newly formed state.

The savagery of this oppression was epitomised in the “Ballyseedy massacre” in March 1923 when 23 members of the anti-Treaty forces were slaughtered by the Free State.

Army in this small area of Co. Kerry. Many of those killed were tied to landmines and blown up in a callous act of revenge.

When Free State forces entered Munster in the same year they immediately broke up the Soviets or workers councils that had taken control or occupied towns and workplaces across the province. In September the army was used against striking postal workers as picket lines were broken up with brutal force.

Like in any capitalist state, the army, the police and the judiciary were used to ultimately protect the interests of the ruling class that owned and controlled the resources and wealth of society. However, reflecting the weakness of its new capitalist rulers, the Catholic Church also became a key prop in enforcing its authority.

In the years following 1922 those that did not accept the legitimacy of the Irish Free State were excommunicated and Catholic teaching was a deeply conservative influence that legitimised anti-democratic measures. These included draconian censorship laws that resulted in the banning of books the Church believed to be “immoral” or challenged the status quo.

Those that ran the new state were closely tied with the capitalist class in Ireland. One example of this was the first Governor General of the Irish Free State, Tim Healy, who had acted as the legal counsel for the bosses’ leader William Martin Murphy during the 1913 lockout.

Defending the interests of capitalism was written into law. The constitution of 1937 stated:

The State accordingly guarantees to pass no law attempting to abolish the right of private ownership…(of) property.

This article of the constitution exists to defend the profiteering by vested interests in Irish society. In 1986, Fianna Fail councillor Paddy Madigan successfully took a case against the state citing the above article to argue that rent controls were “unconstitutional”. Needless to say, this allowed landlords across the country to set extortionate rents in the years following the case.

Contrary to what organisations like Direct Democracy imply, the constitution is not an impartial document that rises above class interests. It was written by the pro-capitalist government of Eamon de Valera with the blessing of the Catholic hierarchy. It is interpreted by judges who are appointed by the parties of the establishment and the majority of them come from privileged backgrounds.

For trade unionists or other activists involved with various struggles the role of the state can quickly become apparent. In recent years this was shown in the heavy handed repression, combined with undercover surveillance, used against those protesting against the building of Shell’s pipeline and refinery in Rossport, Co.Mayo. In August 2009 scores of Gardai were used to breakup and arrest workers involved in the occupation of Thomas Cook offices after they were sacked from their jobs.

The above examples are only glimpses of what the state is capable of doing. In the coming years this crisis ridden and stagnating system will inevitably put struggle, in its more generalised form, on the agenda. The Miners’ strike of 1984-1985 in Britain showed the capitalist class and their representatives in such instances will quickly resort to repressive measures.

The workers movement has a responsibility to oppose the undemocratic methods of the state in whatever guise it manifests itself. In opposing the rule of the bosses it should fight for the creation of a police force that is under the democratic control of working class people and not used as a tool to enforce the power a super-rich elite.

Obituary: Bob Crow - an uncompromising fighter for the working class 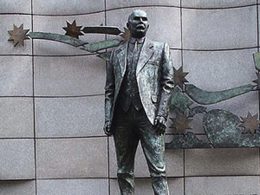 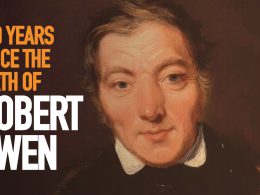 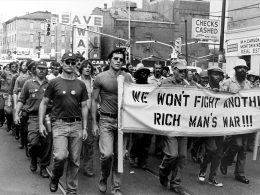 By Geert Cool, Left Socialist Party (our sister organisation party in Belgium) War is the continuation of politics…
bySocialist Party